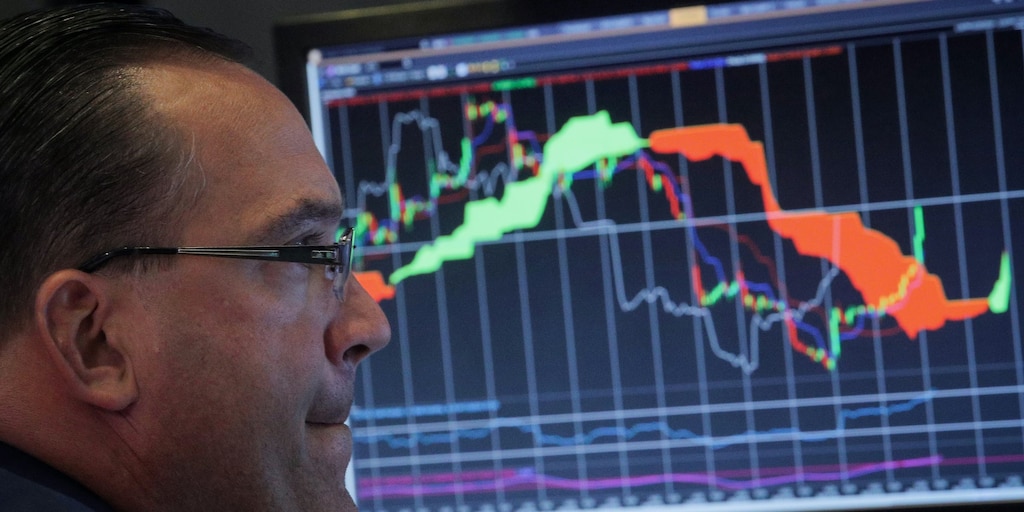 A handful of technical trends could be enough to justify traders taking a more defensive stance this month, according to Bank of America analysts.

The stock market’s backdrop remains bullish, the team led by Stephen Suttmeier wrote in a note to clients. The S&P 500’s 50-day moving average surpassed its 200-day moving average in early July, forming a Golden Cross. Combine the strong upswing with improving sentiment, and the index could reach 3,800 by mid-2021, according to the analysts.

Yet August could put the market’s rally on hold before it resumes in the fall. This month kicks off a historically bearish three-month period, where the S&P 500’s average loss hits -0.03%. The upcoming US presidential election stands to add even more risk, as past elections show summer surges giving way to fall declines. For investors weighing whether to secure gains, August may be the time, the bank said.

The ratio of Cboe put-to-call options over the past 25 days reached a year-to-date low last week, revealing an overbought environment in the stock market. Complacent put-call ratios “are aligned with a bearish seasonality moving into August, the team said.

The gauge now sits at its lowest since June 2014. If history repeats itself, sentiment will quickly turn less optimistic and investors will kick off a wave of selling.

The New York Stock Exchange’s advance-decline line tracks the difference between rising and falling stocks by each trading day. Bond proxies have recently driven the NYSE all issues A-D line to new highs. Yet the exchange’s stock-specific A-D line remains well below its February peak.

The latter A-D line’s weaker gains point to a “narrowing breadth for stocks in the broad-based NYSE” and suggests defensive stakes in Treasurys will outperform in August, the team wrote. 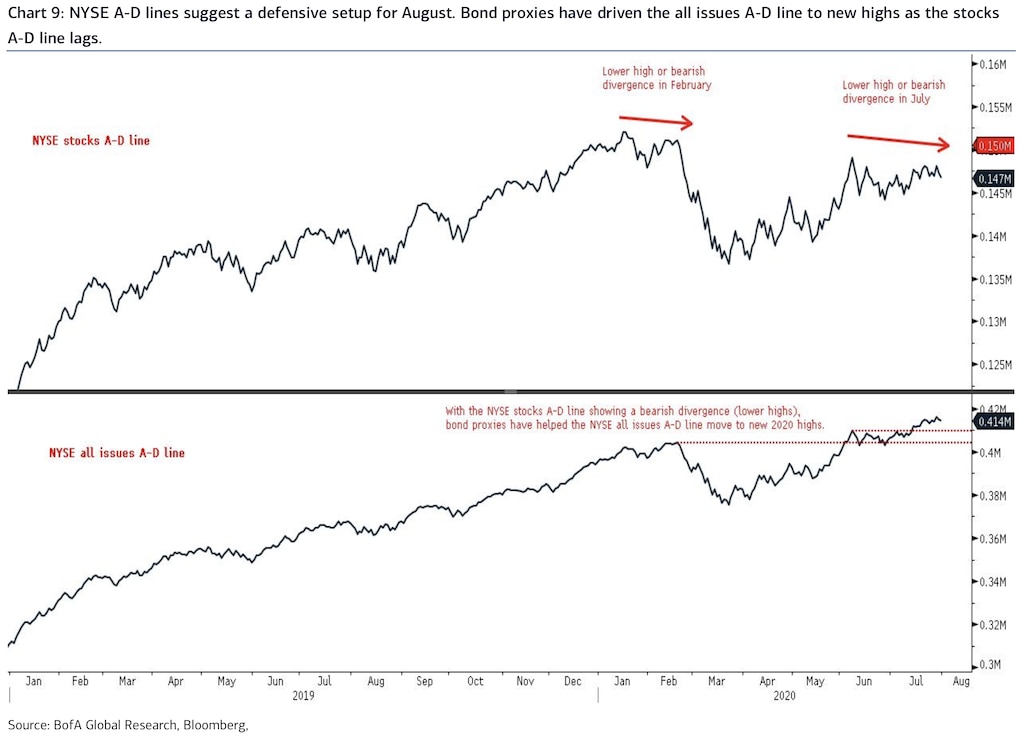 Though tech giants have pushed major indexes back to year-to-date gains and recently soared on rosy earnings, the rest of the market isn’t faring as well.

A smaller share of S&P 500 stocks are trading above their 10-, 50-, and 200-day moving averages this month compared to the start of the June-to-August period, Bank of America said. This further reveals a narrowing of the market’s breadth, particularly as stocks head into a historically challenging period.

The percentage of stocks above their 50- and 200-day moving averages also reached lower highs at the February peak, meaning fewer stocks were responsible for pushing the market higher. These “bearish divergences” in breadth indicators indicate the market’s rally is increasingly on the back of a select few companies, the analysts said.

‘The ball is in Congress’ court’: Chicago Fed president ramps up calls for fiscal support as stimulus talks stall

Options trading Teladoc is acquiring Livongo in the biggest deal that digital health has ever seen. Here are the 3 key takeaways from Wall Street’s top analysts, from shock at the price tag to optimism for healthcare’s digital future.
Options trading You can lease a multimillion-dollar Ferrari, if you can afford $520,000 down and $26,000 per month