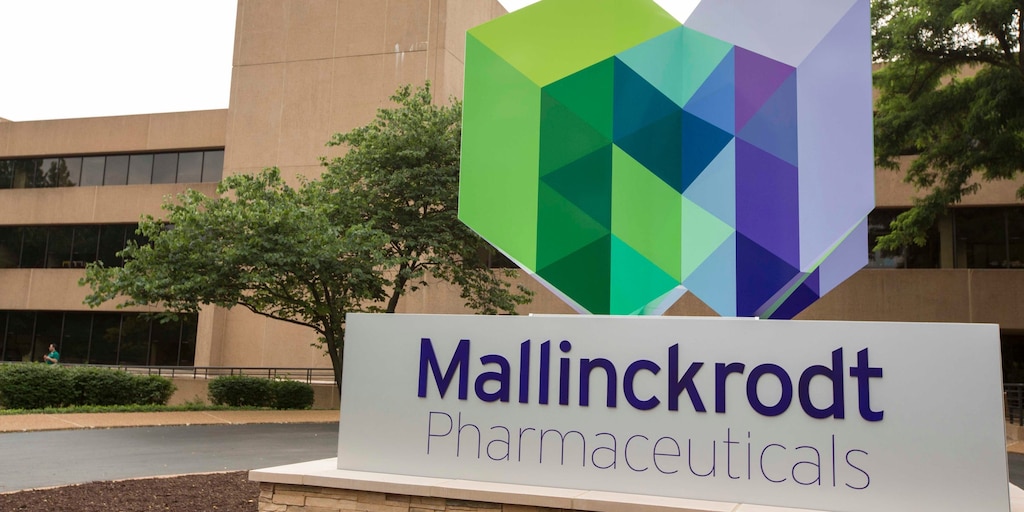 Mallinckrodt investors may be left holding the bag after the pharmaceutical company said in its second quarter earning release that it was exploring strategic options with external advisers that include filing for Chapter 11 bankruptcy.

Mallinckrodt plummeted as much as 34% to $1.48 in Tuesday trades.

While the pharmaceutical company posted earnings that beat analyst estimates, that wasn’t enough to offset the challenges the company is facing due to its opioid litigation settlement, its Acthar Gel medicaid repayment issue, and its high debt levels.

In February, Mallinckrodt said it reached an “agreement in principle” for a global opioid settlement that would entail the company making structured payments over a period of eight years totaling $1.6 billion.

Read more: MORGAN STANLEY: The government’s recession response has the stock market heading for a massive upheaval. Here’s your best strategy to capitalize on the shift.

On top of that, in March, a federal judge said the company was on the hook to pay back Medicaid $650 million for its Acthar Gel, due to claims that Mallinckrodt underpaid for the drug for years and overcharged Medicaid.

Acthar Gel is used to treat multiple sclerosis and cost Medicaid upward of $150,000 per patient, despite a cheaper alternative being available for $800. In a lawsuit, a subsidiary of Mallinckrodt was accused of bribing doctors to sell Acthar.

Mallinckrodt acquired Acthar Gel when it bought Questcor in 2014.

Finally, Mallinckrodt has an immense pile of debt to address. At the end of the quarter, the company had $5.3 billion in outstanding debt, and paid $64.2 million in interest debt. Mallinckrodt’s market cap was just $141 million as of Tuesday, according to data from YCharts.com.

Read more: 100 deals and $1 million in profit a year: Here’s how Mike Simmons made a simple change to his real-estate investing strategy that took him from small-time house flipper to full-fledged mogul

Mallinckrodt CEO Mark Trudeau said, “looking ahead, we expect our current challenges to continue in the back half of the year.”

Mallinckrodt shares are down 58% year-to-date. 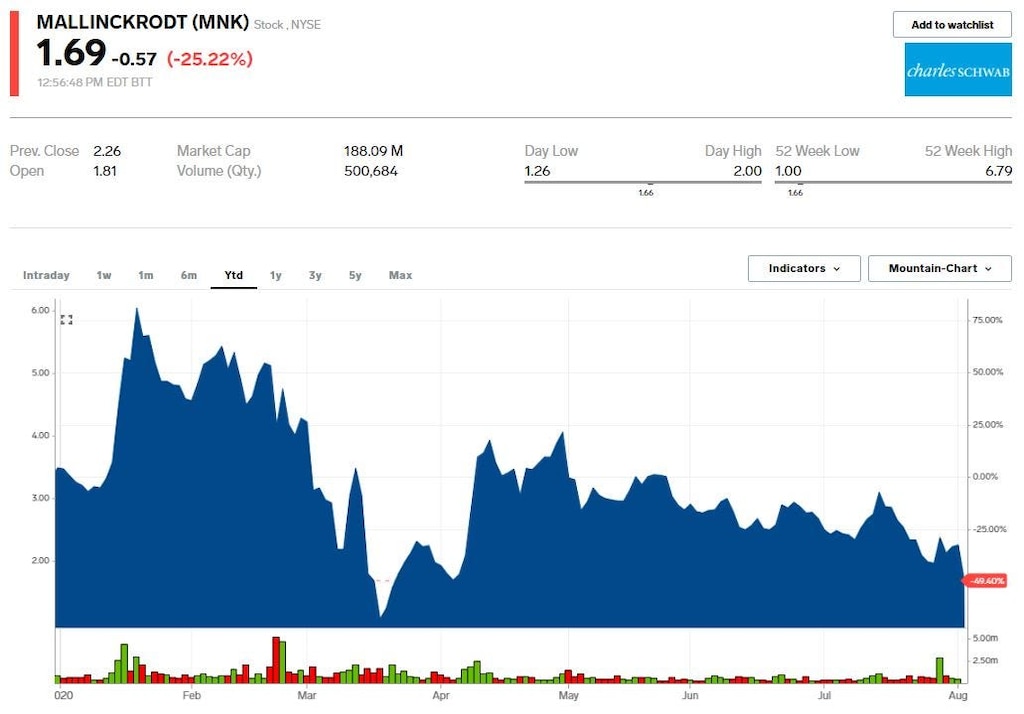 Options trading Inside the hectic daily routine of a $350 million-selling broker in the NYC suburbs whose ‘never seen a market like this’ and is working ’18-hour days’ to keep on top of it
Options trading The $18,632 electric eBussy can turn into 10 different vehicles by using different modular attachments — see how