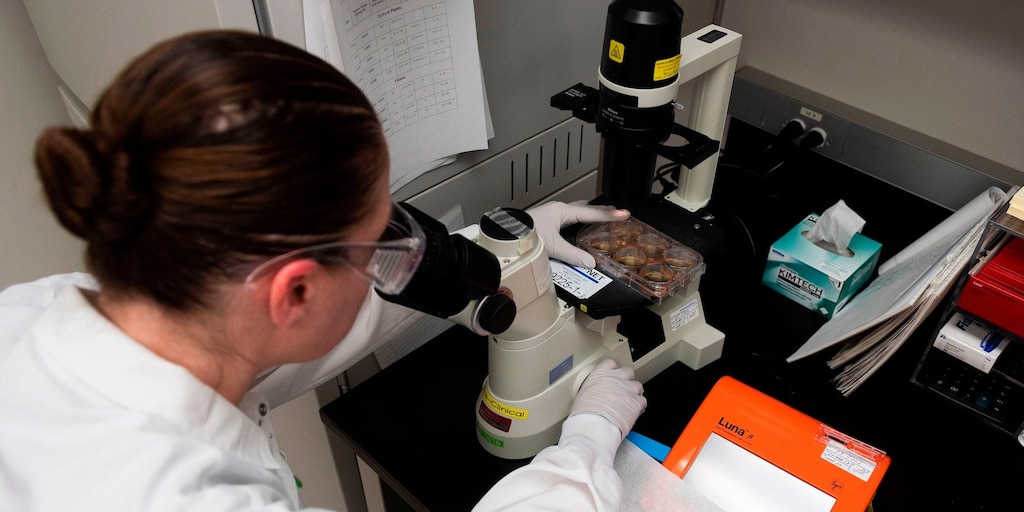 Novavax rallied as much as 13.3% on Friday after reaching a deal with the UK for 60 million doses of its coronavirus vaccine.

The biotech company did not reveal how much the government paid for the potential vaccine. Novavax will partner with the UK government for phase 3 trials of its NVX-CoV2373 vaccine, according to a press release. The study will involve roughly 9,000 adults in the UK aged between 18 and 85 and is set to begin in the third quarter of 2020.

“We believe that Novavax has a highly innovative vaccine that could be the first in its class of protein-based vaccine options,” Kate Bingham, chair of the UK government’s Vaccines Taskforce, said in a statement, adding that Novavax’s recent clinical data is “encouraging.”

Read more: A 50-year gold vet and co-creator of its largest ETF shared 2 strategies investors should be using now amid the rise to new highs — and told us why his ‘bull-case scenario’ hasn’t yet come to pass

The deal calls for Novavax to begin supplying the 60 million doses as early as the first quarter of 2021.

Shares of biotech firms including Novavax, Moderna, Pfizer, and Gilead have all enjoyed sharp rallies throughout the year on positive vaccine news. Nearly 140 vaccines are currently in preclinical evaluation around the world and 29 are undergoing clinical trials, according to the World Health Organization.

Novavax leaped as much as 21% on August 5 after revealing its vaccine was generally well-tolerated and elicited robust antibody responses in patients during an early trial.

The stock posted similarly healthy gains in July after the Trump administration revealed a $1.6 billion deal with Novavax to develop and manufacture its vaccine. The deal, made through the Operation Warp Speed initiative, plans to deliver 100 million doses of Novavax’s vaccine by the end of 2020. 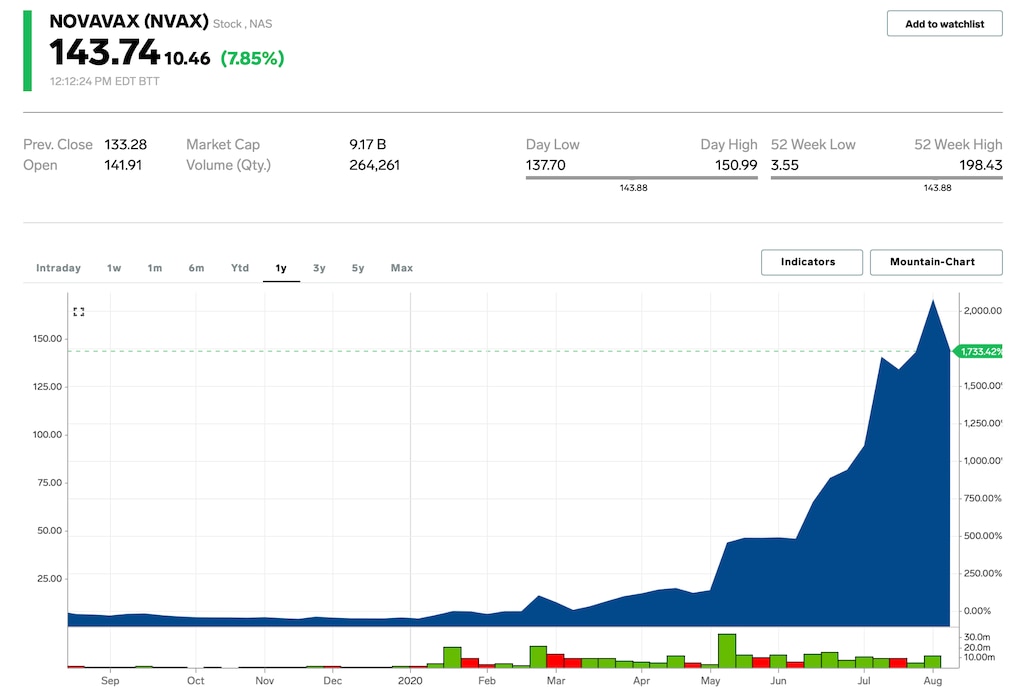 Options trading 3 steps to pivot your business into a lifestyle brand to weather the crisis — it’s easier than you might think
Options trading United launches 17 new point-to-point flights to Florida, following a budget airline strategy that could help it cash in on holiday travel (UAL)