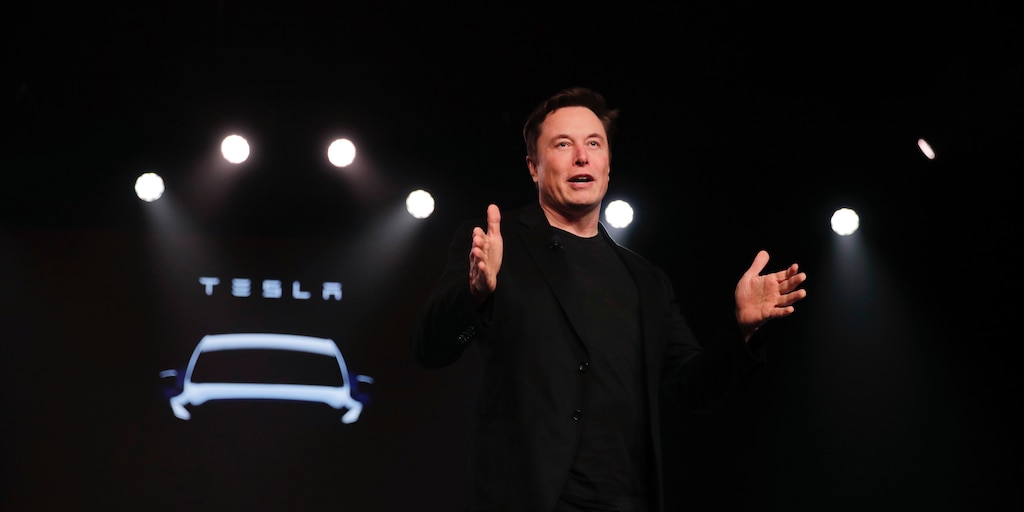 The options market projects a move in Tesla shares as large as 11.1% in the two days following the company’s earnings report, according to Trade Alert data. The estimate measures an options strategy known as a straddle, which involves traders buying both put and call options to gamble on the size of a stock move by a specific date.

Traders are also showing less open interest in near-term put options ahead of the Wednesday report, compared to the same period last quarter, Trade Alert found. The data suggests traders aren’t betting as aggressively on an earnings miss, despite the stock’s 39% gain year-to-date.

Options expiring Friday allow traders to best capitalize on the short-term reaction to Tesla’s latest financial figures. Put options grant investors the right to sell shares at a certain price by a specific date. Call options give traders the right to buy shares in a similar practice.

Read more: Ken Korngiebel manages the best small-cap fund of the last 20 years, making his living in the riskiest part of the market. Here’s how he does it – and the 3 stocks he’ll never sell.

The expected rise or fall is greater than the average post-earnings move of 9.5% over the past eight quarters, though recent quarterly reports drove larger-than-average shifts in Tesla’s share price. The company’s stock surged 17.7% after its third-quarter report highlighted a return to profitability and positive updates to its expansion in China.

The options market anticipated a move of only 7.6% before the third-quarter report’s release, and the underestimation may have led traders to anticipate a bigger change in price for the company’s upcoming release.

Tesla shares made big moves after the company’s second-quarter report as well, sinking 13.6% after the automaker missed profit and revenue estimates.

Tesla’s rally through the new year made it the highest-valued US car manufacturer and worth more than GM and Ford combined. The company recently opened a Gigafactory in Shanghai, and the new plant should allow the company to dodge tariff costs and better serve China’s demand for electric cars.

The company has nine “buy” ratings, 11 “hold” ratings, and 17 “sell” ratings from analysts, with a consensus price target of $387.78, according to Bloomberg data.

Goldman Sachs just unveiled hundreds of slides laying out the future of the company. Here are the 10 crucial slides that show how it plans to transform into a bank for everyone. 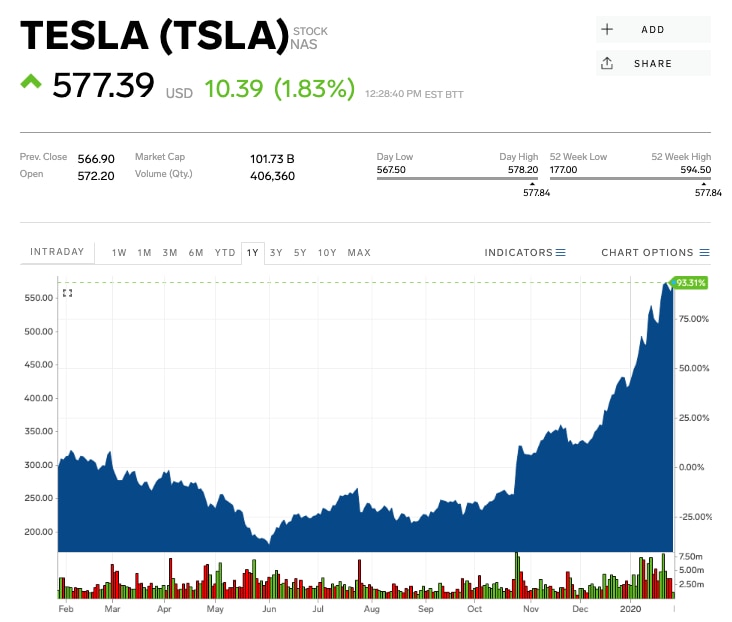 Options trading LAST TOWN BEFORE MARS: SpaceX’s most vocal holdouts in South Texas are selling their homes to Elon Musk’s rocket company to make way for a Mars spaceport
Options trading One measure of market optimism is at tech-bubble highs. Here’s why that’s a worrying sign.