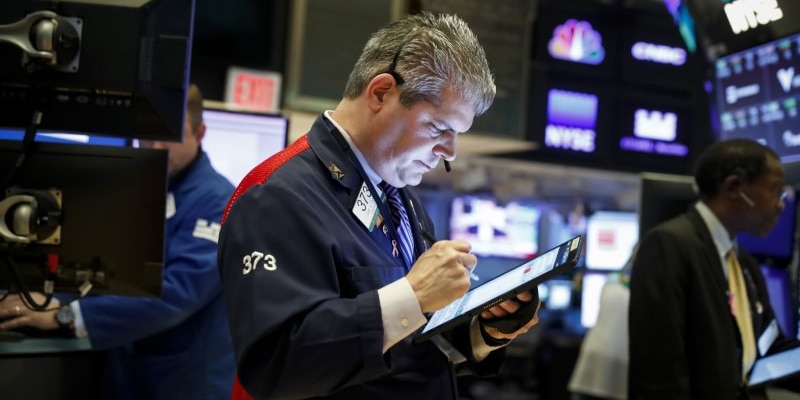 US equities closed mixed on Monday as investors weighed the benefits of reopening economies and returning to pre-virus norms.

Traders are considering efforts by nations who are in the process of slowly unwinding months-long lockdowns. Several states have begun resuming regular business activity to avoid additional layoffs and keep firms afloat. Some view the move as necessary to avoid a prolonged recession, while others see it as risking a dangerous second wave of coronavirus cases.

The UK announced the first steps of its reopening plan on Sunday, telling citizens to return to their jobs if working from home is impossible. Markets also mulled an uptick in cases in South Korea, one of the nations to most effectively counter early coronavirus outbreaks.

Here’s where US indexes stood at the 4 p.m. ET market closed on Monday:

Read more: BANK OF AMERICA: Investors should buy these 12 cheap stocks to bet on the coming US recovery — but they should steer clear of these 8 competitors

All three indexes fell at the open before paring their declines throughout the day. The S&P 500 and Nasdaq composite turned green early in the afternoon and closed there, while the Dow finished the day slightly lower.

Airline stocks including United Airlines, Delta Air Lines, and American Airlines tumbled after United pulled back on a Friday debt offering. AMC Entertainment Holdings soared as much as 56% on reports that Amazon might invest in the ailing movie theater chain.

Read more: A fund manager who’s quadrupled his competitors’ returns for 15 years breaks down his 3 favorite stocks — and his top 3 contrarian ideas

West Texas Intermediate crude oil rose as much as 3.4% as Saudi Arabia said it will cut production by an additional 1 million barrels per day in June. The commodity settled roughly 0.3% lower on the day. Brent crude, oil’s international benchmark, rose as much as 1.6% before closing down 2.8%.

Goldman Sachs sees oil prices staging a V-shaped recovery through the year while supply takes longer to recuperate. Demand for jet fuel is unlikely to return to past highs, Jeff Currie, head of global commodities research at Goldman, said in a Friday media briefing. The long-term damage to business-travel demand will keep demand below pre-virus levels until late 2022, Currie added.

Even as traders focus on the risks associated with rebooting economies, Bank of America forecasts the next stage in recovery will bring more uncertainty. The firm wrote Friday that the US is in the second of three recovery phases, having already experienced widespread shutdowns and begun a transition to reopening.

Read more: A real-estate investor who generates $165,000 in revenue a year lays out his ‘absolutely perfect’ strategy for aspiring entrepreneurs clamoring for passive income

The third phase will feel “like a recession,” the bank said, as a wave of bankruptcies and additional job cuts present new economic hurdles.

Monday’s session follows a strong market uptrend to close out last week. Stocks gained on Friday as investors shrugged off a gloomy jobs report and focused on hopes for economic reopening.

The Labor Department announced Friday the US unemployment rate spiked to 14.7% in April as 20.5 million nonfarm payrolls were lost. The report brought unemployment to its highest level since World War II and near records seen during the Great Depression.

6 Fed officials spoke out last week about the looming economic recovery. Here’s why they expect it to be bumpy and pose new risks.

BANK OF AMERICA: The US economic recovery will come in ‘fits and starts’ and feel like we’re still stuck in recession

Options trading Chinese automaker Kandi plans to bring a $13,000 electric car to the US this year, slashing the entry price of EV ownership

Options trading As COVID-19 speeds up the switch to online banking, Touco’s founder is building an app for those left behind by the fintech revolution

Options trading 16 online platforms where entrepreneurs can quickly list products and services, create a simple user experience, and blast out content to jumpstart a business from home

Options trading How the devotion of Elon Musk’s ‘true believers’ tripled Tesla’s value this year, transforming a risky car company into a market darling and the most valuable automaker on the planet

Options trading Here are the 6 top automation companies according to IT professionals, serving a hot market where giants like Microsoft and IBM are facing off with hot startups like UiPath and Automation Anywhere

Options trading Nissan just debuted its first major EV since the Leaf took the world by storm in 2010, and it may be a game-changer for the struggling brand

Options trading Ford just revealed the first Bronco since 1996 to enormous fanfare. Take a look back at what made the SUV so iconic.

Options trading TurnKey Vacation Rental listings are typically more expensive than ones on Airbnb and Vrbo, but every property is vetted to ensure a hotel-like experience — here’s how it works and what to expect

Options trading My company hosted a successful 3-day virtual conference that brought in over 14,000 attendees. Here are my 4 best tips on organizing an online event that people will want to attend.